When the state balances the scales of justice, with your checkbook 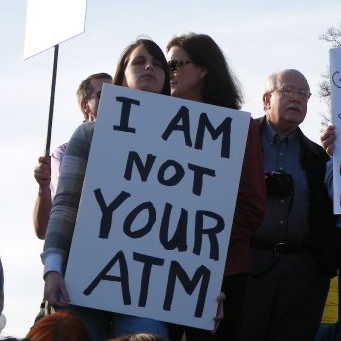 The "Claims Bill" is up on the House Floor today.

It is the product of the Joint House/Senate Subcommittee on Claims. In theory, this Subcommittee hears and recommends to the legislature whether or not to pay claims that have been brought against the state. In reality, they meet a few times to largely rubber stamp decisions that have already been made by the Attorney General's office, the State Supreme Court, and other parties. 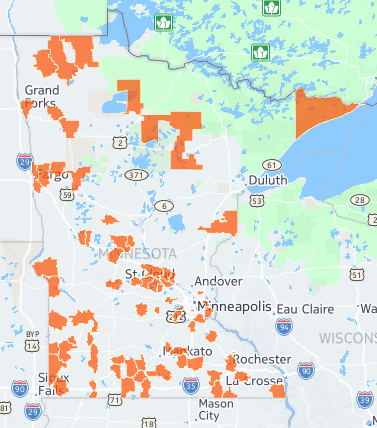 Check out our map to see if your school district has a ballot question.

In many towns and cities across Minnesota, there are school board elections and local ballot questions with levy referendums and levy renewals. A levy is a special tax that property owners will pay for a specified number of years.  The ballot initiative specifies what the levy is for right on the ballot.   Some examples of ballot initiatives:

It’s difficult to give a blanket analysis that covers all referendum situations across the state, but there are a few things you should consider when thinking about whether to vote yes or no on your school district’s local levy.

Colleges are the 21st-century robber barons

In September, parents send their young adults to college and worry about the ever-escalating cost. One does wonder how an education got to be so expensive.

What is remarkable is the silence from the people of the left side of the political spectrum. We all remember when gasoline prices first hit $1.80 a gallon and the left, along with the media, were outraged at President George Bush and his oil buddies. There were even news reports from gas stations asking people how the high gas price would impact their finances. By the way, did we see similar stories when, during Obama’s administration, gasoline rose to $3.59 a gallon?

The 2015 Legislative Session ended with a furious push to a chaotic, frantic finale after midnight Monday.  Both the DFL controlled Senate and the Republican controlled house packed up and vacated the Capitol, handing the building off to the construction crews before more damage was done to the taxpayers of Minnesota.

The bipartisan agreement reached by DFL Senate Majority Leader Tom Bakk and Republican Speaker of the House Kurt Daudt is already unraveling. The gruff, unshaven Governor held a press conference with a tirade about not getting his version of early childhood education investment and vetoed the K-12 bill (now referred to as the E-12 bill) just 16 hours after the end of session.  Just last night DFL Senate K-12 chair Chuck Wiger extolled the significant virtues of the $400 million of new taxpayer dollars dedicated to educating the youth of the state.  Even media have been pointing out that the bill was bipartisan.

So--In this mad rush to the constitutionally mandated adjournment, let’s pause and ask: what happened?

We’ll hit some of the key points now before we begin to dig into the details in preparation for our 2015 Taxpayers League Scorecard.

Here we are again: The Governor wants a game of chicken at Minnesotans’ expense

We nearing the end of the 2015 legislative session and Governor Dayton and the DFL Senate the GOP House and are miles apart.

The Republicans staked out a position early of giving back the surplus.  This isn’t exactly radical given that we are forecasted to bring in budget surpluses for years to come because of the tax hikes of 2012-3.

But as we’ve been repeatedly told, this was “just a starting point.”  Tax Committee Chair Greg Davids said as much and Speaker Kurt Daudt has said that he’s willing to split the difference with the Governor.  And that is just the Tax Bill.

If you live in Minnesota, you'll work one day more than last year for the government before you can start working for yourself.

Tax Freedom day, calculated by the Tax Foundation, a non-partisan group out of Washington DC that calculates "Tax FreedomDay" each year for the country as a whole and for the individual states says Minnesota is #44 (6th last) in arriving at that day.

The Tax Freedom Days of neighboring states are:

Minnesota is still standing out as a high tax state; Kiplingers cites it as a "tax unfriendly state" for retirees due to estate and gift taxes, capital gains taxes and income taxes as well as being one of only 7 states that tax social security benefits. The Tax Foundation ranks Minnesota as  47th in business tax climate.

Remove the Tax on Social Security benefits in Minnesota!

In all the wrangling this session over “what to do” with the surplus, the laser-like focus of all fiscal conservatives should be a commitment to using this opportunity to cut taxes, especially taxes that other states don’t have or don’t tax as much.

Among these opportunities to reduce the tax burden on Minnesotans there are bills in the House and the Senate, which would reduce and eventually remove Minnesota taxes on Social Security payments.   Currently only 7 states tax Social Security benefits. Iowa recently completed a phase out of taxes on social security benefits and now joints those state that don’t tax it.  Some of the bills now before the house resemble the Iowa model.

When Are Taxes High Enough?

When I was elected to the state Senate in 2010, serving in 2011-12, I went in with a set of ideals: limited, more responsible government and having government live within its means.

To frame this correctly, be reminded that the state was facing a nearly $5 billion deficit, and companies large and small were tightening their belts. They were re-organizing and resizing to remain competitive. Employees were asked to take pay and/or benefit cuts, hopefully temporary, to help the company survive. Many lost jobs.

There is some good news early this session for Senior Minnesota Taxpayers.  Right there are bills in the House and the Senate, which propose to reduce and eventually remove Minnesota taxes on Social Security payments.

Minnesota's tax on Social Security makes us less competitive neighboring states and, pushes recipients to leave our state in search of a home where their hard earned retirement savings will go farther.

November Forecast-Governor Dayton announces that the State raked in an extra $1billion from Minnesota’s families.

Today the Office of Minnesota Management and Budget (MMB) announced that the state amassed $1.037 billion more from Minnesota families than is projected to be spent in the 2016-17 biennium.  This amounts to an extra 2.6% of the state’s $39,371 billion revenue.

This expected state government windfall is the result of overtaxing the state’s residents in 2013-14.