Paying the freight for public employees 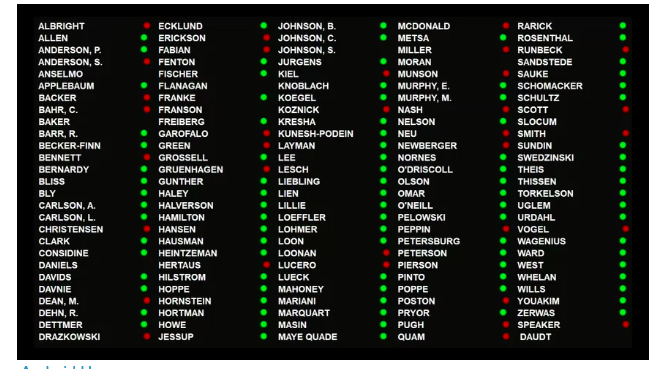 Today the House and Senate passed a major union contracts bill (with 10 different public-sector contracts). There are pay increases in these contracts, yet we are told that the agencies will eat the increases with existing money. That tells us something about the amount of money sloshing around in these agency budgets.

Senator Michelle Benson made comments about how these contracts fail to resolve issues for agencies struggling with recruitment like MN.IT in favor of just giving existing workers a raise.

Public employee compensation is a major cost of government, there is no doubt about that.  It’s masked behind the budgets of each of the individual areas of government and further masked by the ongoing and growing costs of employee benefits (especially health insurance) and employee retirement (public pensions). The path of these costs is unsustainable. The DFL won’t take it on because these well-paying, secure jobs are union jobs and public-sector workers are a growing share of the union population within the diminishing number of private sector union members. Most Republican legislators won’t take on the problem because it’s complicated, messy, expensive and angers Democrats too much. They saw what happened in Wisconsin and the instead of taking on that fight, they'd rather avoid it.  For many of them, it’s a can, best kicked down the road.

There is more to the Government worker pay problem than just the money.  Unions refuse other aspects of labor reform like work rule simplification or pay for performance.  Talk to a public sector employee for more than about 5 minutes and you’ll learn that there are many frustrations that go with the job like lazy or incompetent co-workers who can’t be fired, “bumping rights” that give people promotions due to seniority or complicated “points” systems, not based on whether they can actually do a job.

We need competent people working for the state but the system we have is only likely to produce that by accident. The DFL and Governor Dayton want to pay people more simply for hanging around – the unsustainable path. Instead, we should be looking more closely at what is happening to their private sector counterparts in the area of workplace flexibility, accountability, and incentives.

Pensions no longer work since people now routinely live 30 years after their retirement. That’s a long time for a lifetime benefit.  Making younger workers chip in more for something that will no doubt be a reduced benefit by the time they get to retire isn’t fair and is likely to make the strivers look elsewhere when choosing careers.

Pay for performance, not just experience is something that has to happen in the public sector. Also--a better retirement plan that is portable and encourages people to move in and out of the public sector with ease, that doesn't require people to "vest" or require taxpayers to keep propping it up would be better for all Minnesotans, public employees included.