What we told legislators who asked: HF 1777 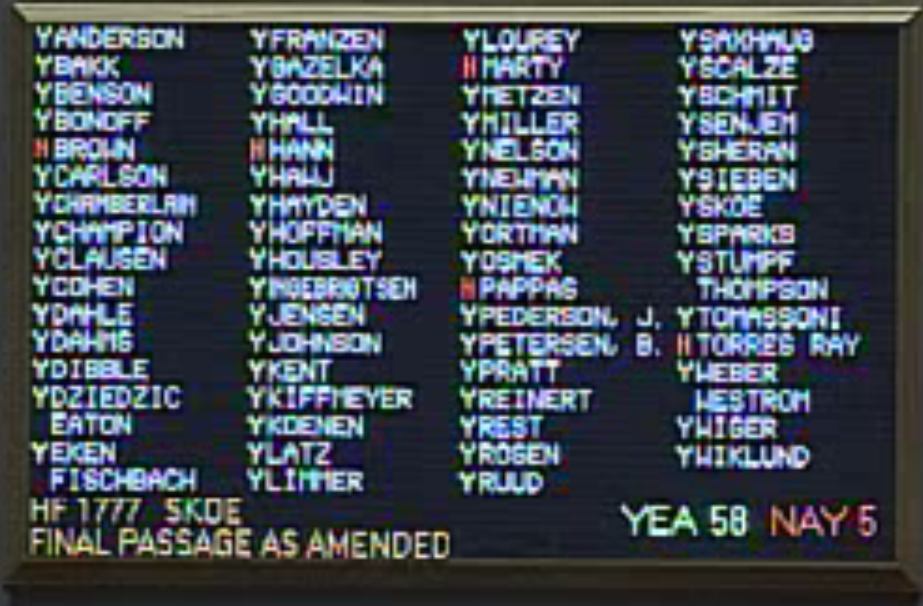 We get it all the time. “How are you going to score this vote?” This time it was the bill which included “tax conformity” making state tax policy square with federal tax policy so that Minnesotans paying taxes next month don’t find themselves with higher tax burdens due to credits and other provisions yanked out in last year’s Taxapalooza Bill HF 677.  This is the infamous bill that not only removed credits important to families like the adoption tax credit but also gave us the warehouse tax, other business to business taxes and also the strikingly lavish $90M Senate Office building.

HF 1777 repealed some of those onerous taxes and will lift some of the pain on individuals, businesses and families. Is it enough? No. But it is a start.

We understand why some legislators in their frustration might want to vote no on this bill. It doesn’t give money back. It only lessens some (not even all) of the worst excesses of last sessions tax bill. Here are some of the things the bill doesn’t contain:

The net result of the bill when taken together with the bill that was passed last session is a $1.7 billion tax increase.

It also adds in a couple of poison pills:

Last session, some school districts were allowed to levy without referendum for a portion of their allowable levies. This bill blows the lid off to include all school districts. We criticized the change last year as an end run around voters and now we oppose this expansion.

Secondly, in a major policy shift, the way that the budget reserves is recalculated. Instead of having a fixed formula based on general fund non-dedicated spending, it will instead be up to the Commissioner of Management and Budget to recommend what it should be. One can easily see this being manipulated in order to keep more taxpayer money in order for the state to have more flexibility in spending it without having to get approval for brand new programs.

Officials often like to tout bulking up reserves, as responsible fiscal management such as would be done with a family budget or a private business with a “rainy day fund.” The fact is that public finance is a wholly different activity. When government overtaxes and keeps this money in reserve, it is generally not used for “emergencies.” It is spent down over time by avoiding needed reforms that would reduce spending. From a macro-economic standpoint, the state is buying financial stability for itself at the expense of job creation and growth in the private sector.

But all that said, beleaguered Minnesota taxpayers deserved a break. They did not deserve the games they got from the DFL-led legislature. And so we told legislators who asked us, that we were preparing to score amendments to the bill (those that made the bill worse and those that made it better) and not final passage of the bill itself. In this case, we believe that the amendments tell the real story of this bill.