A quick update on Pensions

The Pension bill has been calendared for Sunday the 20th, the very last day that the Legislature can pass a bill. We posted a description of it earlier and there are only a few changes dealing with some local issues.  If you want to look at the financial aspect here are the numbers.  And remember, these are just the state's costs.  Local governments, particularly school districts will pay in more as well.

Will the Governor sign a Tax Bill this session?

We wrote earlier about the house tax bill process.  As expected the House's tax language prevailed in sections that were different in the conference committee. But the Governor vetoed it. There isn't time left in the session to go back to square one, so will the Republicans give something up (like more school funding) and bang together a last-minute bill to try to get Dayton to sign at least a conformity bill?

Fortune 500 company Mosaic Fertilizer is moving to Florida. Mosaic follows a trail of different companies headquartered in MN who have left, either on their own or as a result of a merger or acquisition.  Majority Leader Paul Gazelka handed out his own list during the tax bill debate this week.

Back in March, we listed all of the Dayton Administration scandals involving bad government, cronyism, and lost taxpayer money. This latest scandal may, in fact, put all of them to shame.  Channel 9 is reporting that hundreds of millions of taxpayer-funded subsidies may have been fraudulently obtained and sent as cash out of the country, quite probably ended up in the hands of terrorists.

Although we are in the waning days of the session, there has been some action on the part of the legislature. The Senate has proposed a task force and has asked the Legislative Auditor, Jim Nobles to investigate whether the Department of Human Services was negligent in following up on the claims of a whistleblower a year ago.

Yep this is a bonding year but basic disagreements between the governor and the legislature have turned this into a hot potato year after year.

The second year of every session is often known, not only as the session when the bonding bill gets passed but also when policy bills are worked on and discussed. Policy generally includes some type of regulation. We are interested in lessening the regulatory burden which has come about as a result of the growth of government because it is a hidden cost of government and one that has negative effects along with whatever the benefits that they were intended to have.

The Senate rolled up all their spending bills into one large "Omnibus" bill, on Thursday, which contains and combines the spending bills from all of the various finance divisions. The Senate debated the bill in one marathon session of nearly 12 hours, Democrats pointed out that it violated the single-subject law, but only John Marty, an ideological purist among DFLers really had standing to complain, since the "Supplemental Spending bill" has been passed as a single bill many times in the past, with DFL authorship.
Unless the House rolls up their bills as floor amendments it looks like they will be sent to the Senate as different bills. This will require some coordination during the Conference committee to match up the parts.  Again, no new thing as when you have differences of placement in legislation like this, what happens is a rotating cast of characters at the conference committees, so that when one team finishes it's portion of the bill, another team takes over, with the respective chairs of the committees taking the gavel.
What's in the Senate bill?
Read more 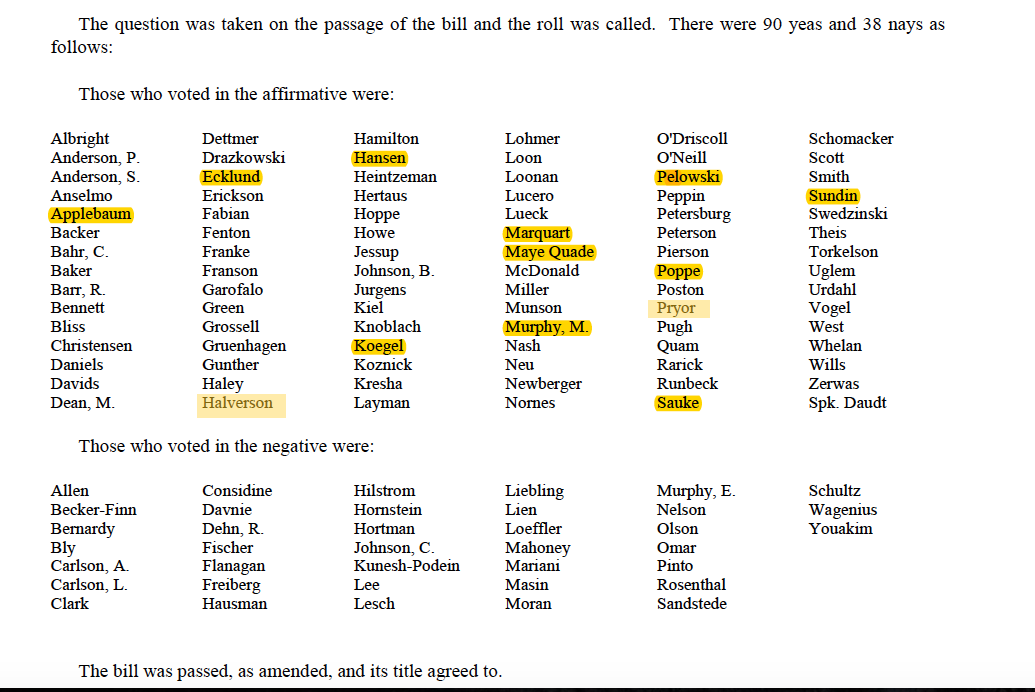